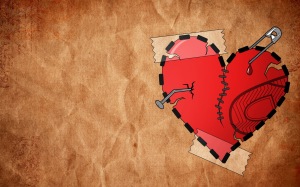 “The Mausoleum”   (Post #8) Lessons Learned by a Dating Widower

I’ve really pulled some boneheaded stunts when I was dating.  From time to time, I had the audacity to invite a woman (whose company I was starting to enjoy) to dinner at my house.  PROBLEM #1: I don’t cook!  At home, I heat food . . . to survive.  When I go to restaurants . . . I go to thrive!

All of my adult kids cook – but not me – about the only thing I can do is fry eggs.  Oh, and I’m really good at making coffee!  But I REALLY was stepping out on a limb by inviting a woman to my house for a homemade dinner.

What was I thinking???  I guess I thought I could ‘score’ by exhibiting a minuscule quantity of culinary skills.   I DO have one sister that actually wrote a cookbook, and ANOTHER sister that should have opened a nationwide chain of restaurants.  She’s that good!  So what did I do to serve my date’s dinner?  I consulted my one sister’s cookbook, and called my other sister, the master chef, for her suggestions.

The results were better than I expected.  Guess I’m good at following directions.  The ladies were impressed, and I scored numerous ‘brownie’ points.  So what was the problem?

PROBLEM #2: I was still living at ‘home’.  This was the house where my late wife and I lived for 125 years (slight exaggeration noted).  Had I prepared the house for another woman to be ‘wined and dined’?  Well, I knew how to run a vacuum cleaner.  I knew how to do the laundry and the dishes.  I knew how to dust, and I kept a reasonably clean bathroom.  So what did I do wrong?

For starters, I had pictures of ‘Ruby’ and/or her relatives hanging in most every room BUT the bathroom!  I had a painting of the home where ‘Ruby’ was raised!  I had her cross stitch, macramé, and other samples of her craftiness hanging on the walls.  “Oh, and who did that beautiful stenciled border in this room???…Ruby?…Well isn’t that p-r-e-c-i-o-u-s ! !” (sarcasm noted).   Then there were ‘Ruby’s’ collections on display in the kitchen, in the dining room, on the fireplace mantle.  One date told me later that she felt like she was in a mausoleum for my late wife.  Really!?

What this faux pas actually revealed was that I was still fresh in my grieving.  I wasn’t ready to date, let alone bring a date to my house!  Others would say it revealed how naïve I was.  That I hadn’t planned ahead.  That I should have just kept everyone away from the homestead.  And perhaps they’re right.  But even if I had heeded that advice, I REALLY WASN’T READY to date ANYONE seriously.  The proof was in the ‘mausoleum’.

FOOTNOTE:  25 months after my wife died, I finally moved out of the homestead.  I’ve still invited dates from time to time to my new place.  But I’ve done very little cooking for them!  Oh, and I still have some of my favorite pictures hanging in my new place – and SOME but NOT MOST of the pictures include ‘Ruby’.  It’s not the ‘mausoleum’ that the homestead once was.  After all, anyone who loves me in the future has to understand that I am who I am because of the love that ‘Ruby’ and I had for each other.  But I’m also not going to force the NEXT love of my life to bow down and worship her relics.

Now that you’ve finished reading this post, I’m sure you have some thoughts on this topic, and I’d love to know what they are.  Feel free to post your comments, whether you disagree or agree with what I’ve learned.  I’d be indebted to learn from your thoughts and experiences too!

. . . but after losing my wife of 38 years to cancer, and starting to date again about a year later, I realized that I made MANY mistakes when dating. In the posts of my blog, I am sharing these mistakes to help others (widowers, divorced, separated, and single men with a similar lifepath) avoid making the same mistakes.